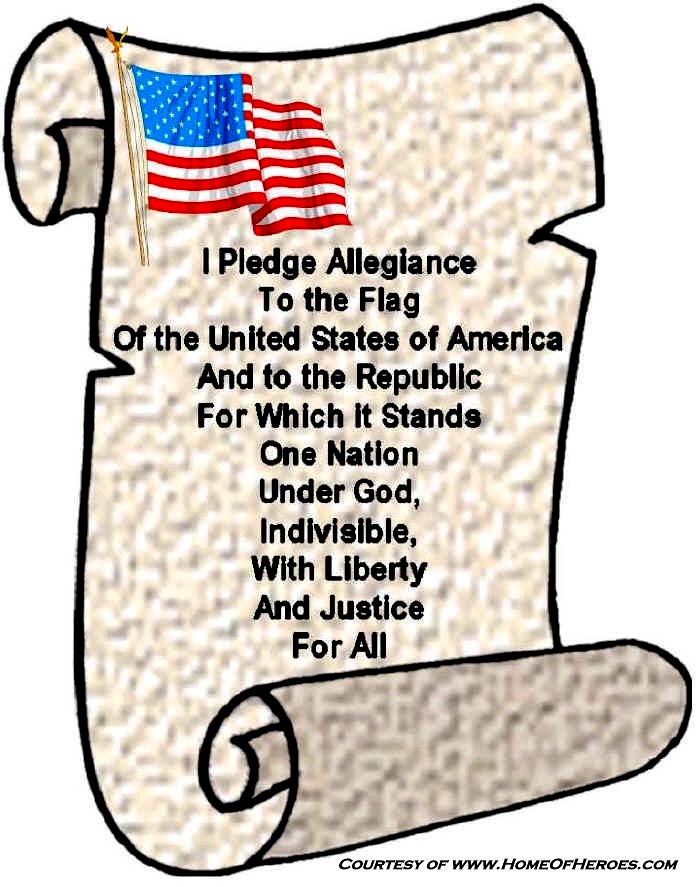 The ambition and goal of Americanism of Post 52 is to quicken the spirit of American patriotism and to stimulate an awareness -- a genuine feeling of pride and respect toward patriotism so that members of the American Legion will become constant reminders to the people of our Nation and Community that America truly means freedom.

The characteristic that distinguishes our form of government from others is the recognition of the truth that the inherent and fundamental rights of men are derived from God and not from governments, dictators, or majorities. The unalienable rights, which are the gifts of man from his Creator are: freedom of worship; freedom of speech and press; freedom of assemblage; freedom to work in such occupation as the experience, training and qualifications of man may enable him to secure and hold; freedom to enjoy the fruits of his work, which means the protection of property rights; and the right to pursue his happiness so long as he does not harm others in the pursuit of this happiness. Upon these basic principles, the structure of our form of government was established.

Americanism is love of America; loyalty to her institutions as the best yet devised by man to secure life, liberty, individual dignity, and happiness; and the willingness to defend our country and Flag against all enemies, foreign and domestic.  It is a vital, active, living force. Americanism means peace, strength, the will and the courage to live as free men in a free land. It means a friendly hand to people everywhere who respects our institutions and our thinking. It is not a word; it is a cause, a way of life – the best way of life ever known – a challenge and a hope in this world. Americanism is an ideal of loyal patriotism, religious tolerance, righteous freedom, fearless courage, honest integrity, abiding faith in the commanding destiny of the United States, and a fathomless love for the principles that led our forefathers to found this country.  It is complete and unqualified loyalty to the ideals of government as set forth in the Declaration of Independence and the Constitution of the United States. It is respect for, and ready obedience to, duly constituted authority and the laws of the land. It is freedom without license, religion without bigotry, charity without bias, and a desire to secure the blessings of liberty for our nation and for our posterity. 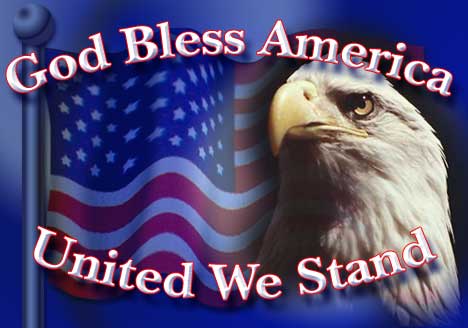 Some people call me Old Glory, others call me the Star Spangled Banner, but whatever they call me, I am your Flag - the Flag of the United States of America.

Something has been bothering me, so I thought I might talk it over with you, because you see, it is about you and me.

I remember some time ago people lined up on both sides of the street to watch the parade and, naturally, I was leading every parade, proudly waving in the breeze. When your daddy saw me coming, he immediately removed his hat and placed it against his left shoulder so that his hand was directly over his heart - remember?

What happened? I'm still the same old Flag. Oh, I have a few more stars since you were a boy and a lot more blood has been shed since those parades of long ago.

But now I don't feel as proud as I used to. When I come down your street and you just stand there with your hands in your pockets, I may get a small glance and then you look away. Then I see children running around and shouting - they don't seem to know who I am.

I saw a man take his hat off, then look around. He didn't see anybody else with theirs off, so he quickly put it back on. And what about that night at the ball game, when they played the "Star Spangled Banner" and I waved so proudly in the breeze, but nobody bothered to sing? Oh, they stood up, all right, as sort of a mild patriotic gesture, but then they talked among themselves about the game and weather, but they did not sing. I felt hurt.

Is it a sin to be patriotic? Have you forgotten what I stand for and where I have been? Anzio, Guadacanal, Korea, Vietnam, and Persian Gulf. Take a look at the memorial honor rolls sometime - names of those who never came back - who gave their lives to keep this republic free.

One nation, under God. When you salute me, you are saluting them.

I may not be coming down your street for a long time, as it seems that patriotic parades are a thing of the past. But when I do, will you do me a big favor?

Stand up straight, place your right hand over your heart, and, if they play the "Star Spangled Banner," sing out loud and clear. I will salute you by waving back.

Show me you remember.